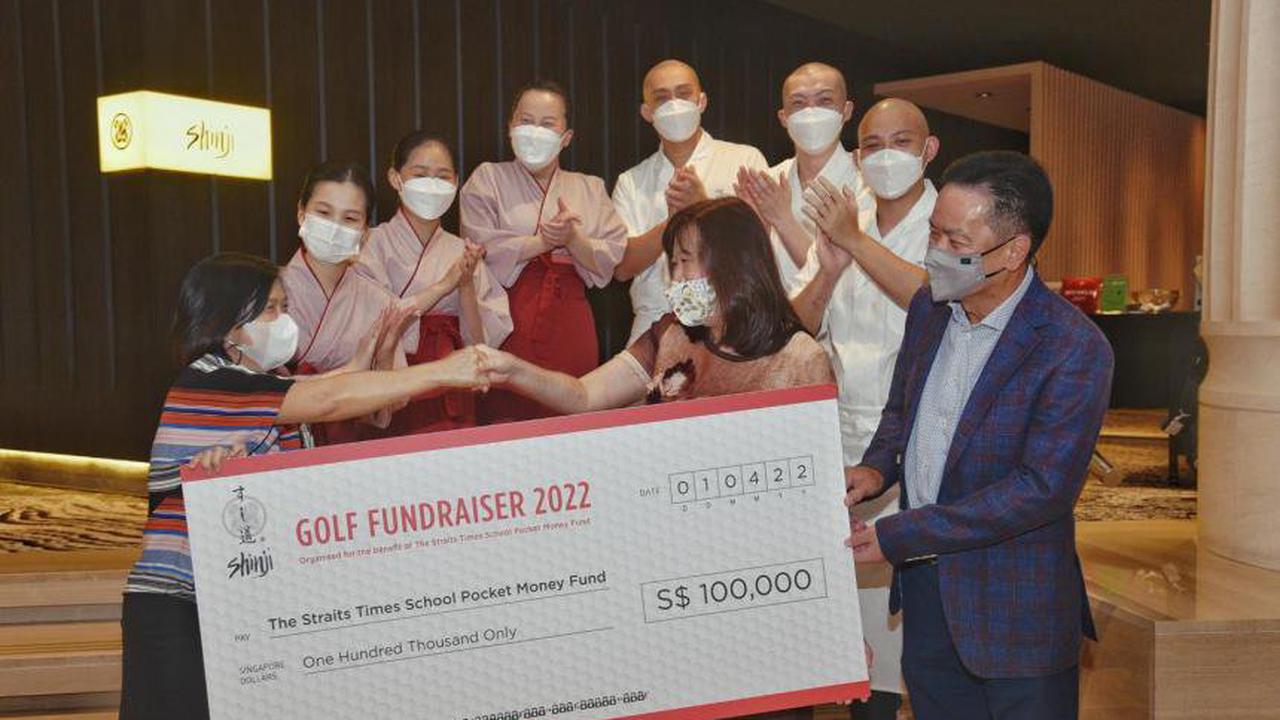 The one-Michelin starred sushi restaurant chain has two outlets here - at Carlton Hotel and the St Regis Singapore - and is operated by food and beverage (F&B) company Kanesaka Sushi.

"The STSPMF is a befitting charity - we are in the business of feeding people and what better way to show our gratitude for this continued privilege than to help, in our small way, to feed the children who need recess pocket money," said Mr Ong.

A golf tournament organised by the restaurant chain on Friday afternoon at the Sentosa Golf Club had helped raise $88,000 from 44 participants.

Ms Tan said that during the pandemic, many donors had difficulties in organising physical charity events and have moved towards virtual fund-raising.

"Despite all the challenges in organising a charity golf tournament, we are happy that this event has successfully raised the much-needed funds in support of our students from low-income families," she added.

The golf tournament was originally planned for 2020 to celebrate Shinji by Kanesaka's 10th anniversary.

At the event on Friday, the company also commemorated the resilience and empathy of Singaporeans during the pandemic, particularly those in the F&B sector.

The STSPMF, which was started in 2000 as a community project initiated by ST, helps about 10,000 children and students each year.